“A magical image of an imaginary seaside fishermen village and a lighthouse towering over a sinking ship. That piece is made of 40 layers of white paper glued one on top of another, and of an internal light fixture, exposing the material’s transparency. The lighthouse is quoted in Livni’s piece as a monument of heroic and nostalgic past. Its traditional role (up to the invention of modern navigation apparatuses) was to help ships approaching the coast at night time to safely find their way into harbor.

In this piece Livni depicts the failing, disappointing lighthouse, facing a large ship sinking into the abyss. The light in Livni’s work is a seemingly romantic light, echoing the lighthouse’s salvaging light. Yet it is also what exposes that light as a broken reed. “     Neta Gal-Azmon 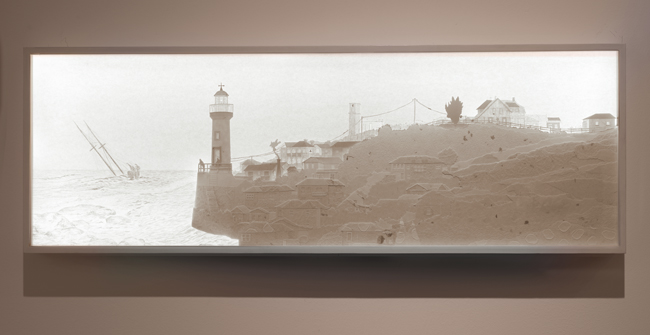 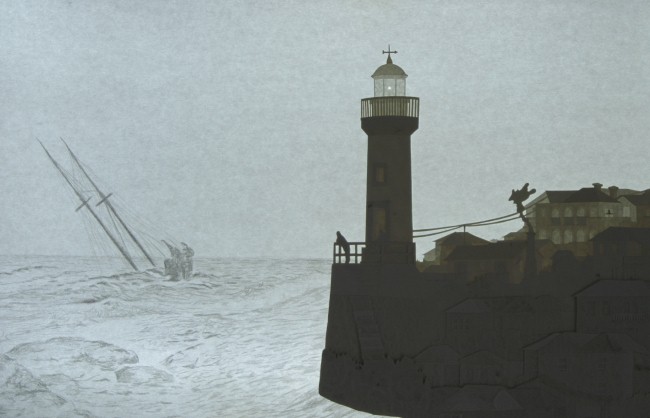